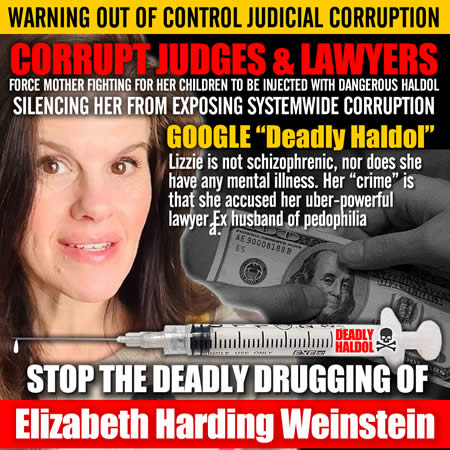 FOR SPEAKING OUT AGAINST COVID, PEDOPHILIA,  AND JUDICIAL CORRUPTION

Lizzie’s Story: My name is Lizzie and on June 25, 2020 at the age of 24, I was diagnosed with stage 2b Invasive Triple Negative Breast Cancer. Breast cancer has always been thought of as “an older woman’s cancer” but the fact of the matter is, thats simply not true any more. More and more women under 40 are being diagnosed every day, but you won’t see us on the Making Strides posters. The idea that “someone in their 20’s can’t get breast cancer” is dangerous and antiquated. I started a blog to help raise awareness and support for young women like me who are receiving this life altering diagnosis. No one is alone and together we can find a cure! A portion of the proceeds will be donated to Making strides Against Breast Cancer/American Cancer Society, as well as be used to cover accumulating medical expenses and bills Your generosity means the WORLD to me.

Days after they ran my story, there was a mysterious house fire in my rental home at 5am, and later the same day my Instagram account, which had thousands of worldwide followers, was taken down. I brought my cases up to the US Supreme Court, #21-14, and #21A29. All new IG accounts were deleted and my Facebook account which I had for approximately 15 years was deleted after I posted the evidence that the US Supreme Court had tampered with my file, refused to post the evidence in the appendices, changed my filing dates, and changed the rules under which I filed.

Defendants in my federal cases, including Brian Styker Weinstein and Dina Kaplan sought to traffic me into Guardianship via an unlawful closed, ex parte hearing in front of judge Janet C. Malone Westchester, New York, as a tool of expediency for Brian’s domestic violence.

Elizabeth Harding Weinstein’s story of egregious judicial abuse is difficult for the fair minded person to comprehend, but all the undeniable evidence is here. 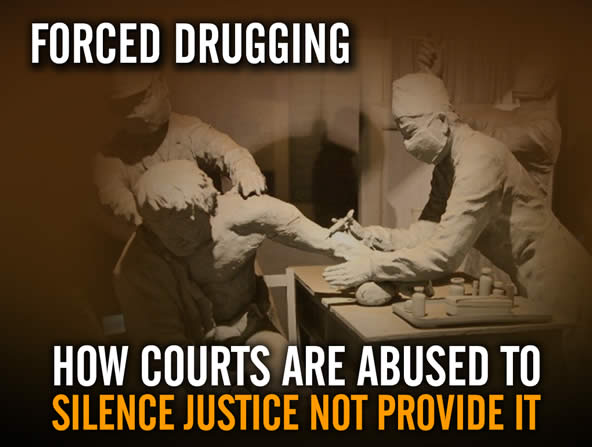 Below is from Barbara Stone via email:

Background: As many of you know, Lizzie Harding Weinstein was falsely incarcerated using a void illegal ‘restraining order”. The void order had expired but as we know, our country is lawless. So now, the government has kidnapped her into a “psyche” facility to obtain more money from the federal government to traffic her. The psyche facility is seeking to hold her longer than “ordered” by void order. This hearing is so they can keep her kidnapped and forcibly drug her.

WE NEED MASSIVE attendance at the virtual hearing.

I thought each of us would have to register but I pre-registered and it seems like everyone can use the same link that was sent to me below.

If it becomes necessary for everyone to separately register,, I have and will send the instructions and have included them below for those who would like to separately .

Others can see if this link below works for access on Monday and If not, I will call the court and try to resolve any issues. Keep me posted with any issues.

This is what I received when I registered:

Hello,
Your request to view the following virtual court appearance was approved:
Appearance Date: Monday, December 12, 2022
Court: Rockland County Supreme Court
Case Caption: In the matter of Elizabeth Harding Weinstein
Case Number: 900327-22
Party Name: Elizabeth Harding Weinstein
The live stream can be accessed at link with the passcode: 1212.
Any user may use this public link and public passcode to access this proceeding from any computer or internet enabled device.

These are instructions to separately register:
1. Go to NYcourts.gov NYCOURTS.GOV – New York State Unified Court System
2. in the third column at the end is a place to click for “public access to virtual appearance”
3. Click ther and it will take u to the page shown below.
4. Fill in the information needed about your email, name etc.
5. For the case info,the county is Rockland.
6. The date is December 12, 2022
7. Click the eye next to the “court” – the court is grayed out but when u click the eye or search bar, there will be a pop up that gives you the option to click Rockland county supreme court.
8. The case number is 900327-22
9. the name is Elizabeth Harding Weinstein
10. then submit.
11. then there is a submit confirmation for you to click
12. You will then get a receipt like shown below that I received that confirms your request has been received.
13. Hopefully, we will all receive a link to the hearing after this is processed.

Please everyone follow these steps and let’s FLOOD the court with our requests to appear.
Please email or text me with any issues that you may have.

Lizzie Update – No Ruling Yet, But It Doesn’t Look Good 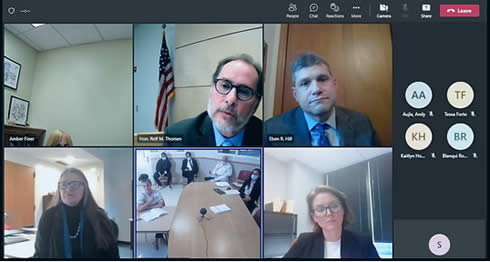 Yesterday’s installment of the shit-show was a hearing to determine whether Lizzie will be involuntarily medicated over her objections. While the Court supplied us with a link to the virtual hearing, it was without audio. A mere oversight, I’m sure.

I spoke with Lizzie last night. The result of the hearing was basically a continuance for 1 week. But it is not looking good. Apparently Lizzie has been “diagnosed” with schizophrenia, so bad that she is unable to assist in her own “treatment.” This, after being found unable to assist in her own legal defense.
Lizzie informs me that they intend to start shooting her up with Haldol.

Lizzie is not schizophrenic, nor does she have any mental illness whatsoever. My ex mother in law, and my ex sister in law were both schizophrenic, I know what it looks and sounds like. My ex mother in law, for example, was constantly speaking with and recoiling from angels and devils and messengers from the spirit world. She was relentlessly angry with all of us mere mortals who simply could not see the cast of characters that tormented her day in and day out.

As anyone can learn by listening to any of her many interviews, Elizabeth Harding Weinstein is perfectly normal, and highly intelligent. Her “crime” is that she dared to accuse her uber-powerful lawyer ex husband of pedophilia. Lizzie was also opposed to masking mandates, and is generally a believer in human liberty. As such, she is an enemy of the state.

It is time to abolish the government, as the Declaration of Independence informs us we have the right to do.
Post Modern Media Project

Deposited a new message:
“Okay, how are you? Um I don’t know if you’re aware but I am in jail. Uh We’ve been since july 4th on misdemeanor charges of unserved orders of protection for such a large defenses as posting a picture of my Children and telling them that I love them. And for having somebody pick up my mail and uh support from the house as well as the standard process of the court. Um If you can uh get touch with my friend Christine, she can uh she can fill you in, I’ll also have her number just in case you can’t hear me on this. Um I’m hoping you, well I’m hoping maybe you can spread the news um and maybe get some uh spread along. I’m trying to get donations for the bill. They send my bill, they didn’t give me any bill for 3.5 weeks, which is in violation of the bill elimination after 2019. Um And then from the charges and then they gave me a bill at $100,000. Um So it’s a cash bill of 50 and I’m trying to raise the funds and they’re also trying to hold a hearing. Um I think they’re now saying they’re gonna do it on Monday to say that I’m incompetent and I need to be um transferred to a health facility. So give me give me a call if you can, I’m on myself, I mean no, you can call me on myself, you can call Christi and she’ll let you know how to get in touch with me. Okay, Hope you well, thanks so much. Girl. Keep fighting.”

Lizzie has been falsely imprisoned by her ex husband since July 4 and doesn’t have access to her phone
I’m a friend of hers
She can be contacted at Valhalla Correctional Facility
Elizabeth Harding Weinstein
Inmate 260181
PO Box 10 Woods Rd
Valhalla, NY 10595
You can also try using an App called Securus for video conferencing

They moved Lizzie’s competency hearing today. It’s now Monday Sept 12th at 1:00pm at Briarcliff Manor Court. Anyone can attend. Also sending out the info below

To get Lizzie out of jail, you can pay bail to:

WHAT CAN YOU DO?

“>HOW DIRTY DO THE COURTS PLAY?
Deleted from FACEBOOK

End the Tyranny
We live under Tyranny

Here’s how to get involved and end the tyranny: